Like many others, I never thought addiction would happen to me.

For years, I could have a glass of wine or two when the children went to bed. I could enjoy a few beers at a picnic or after cutting the grass on a hot day. After my divorce, I began drinking more and more. Drinking to numb the feelings. Drinking to have fun. Drinking to cry. Drinking because it was hot out. Drinking because I put in a rough day at work. Drinking for any and all reasons, just to drink. I was drinking to get drunk. This led to blackouts. Blackout drinking is when someone drinks to the point that they cannot remember what they did while drinking. I got to that point. 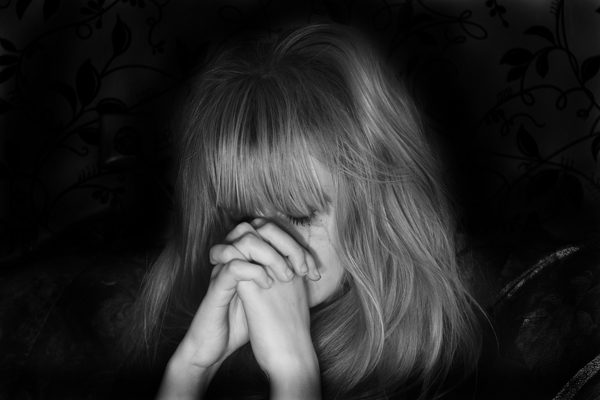 I would wake in the morning and not remember if I made my children dinner, if we ate, or what we ate. I could not remember if I told them to brush their teeth, or if I checked their homework. That was the middle stage of my addiction to alcohol. The blackouts began before the shakes.

At some point, I began to shake if I did not have alcohol. I had to drink to get back to “normal.” During this phase, I would wake up sick, have a few drinks, get sick to my stomach, and then feel “okay” enough to get through my work day. Towards the end of the day, the shakes would start again, and I would have to get some wine on the way home to make them stop. Always, always, I promised myself that it would just be a few drinks, no more. And, always, I broke that promise to myself. Once I started, I drank until I had a blackout.

This went on for a while, until I got sick and tried of being sick and tired. I decided to quit cold turkey. The first time I did this, I got through the entire day without alcohol and had a seizure that night. I had no idea what caused the seizure.

When taken to the hospital by ambulance, I lied when the EMTs asked me if I drank. I thought I was telling the truth, since I did not drink that day. I had no idea withdrawal from alcohol could cause seizures.

The next day, feeling a little better, I was right back at it. A few more months of torture flew by, until I decided once again to quit cold turkey. This time, I “white knuckled” it through almost two days of being sick to my stomach and constantly shaking. On the second day, I drove to the supermarket with all five of my children in the car. All we needed was a few items, so I had my oldest daughter, then about fourteen years old, wait in the car with the younger four.  While walking toward the dairy department, I began to shake uncontrollably. I thought, I can do this. We only needed bread, milk, and butter. I remember reaching for the butter. The next thing I remember was being pushed into a helicopter on a gurney.

I had a grand mal seizure.

I had almost 48 hours without alcohol.

I left my children alone in the car. I spent three to four days in intensive care and almost died.

Not everyone gets physically addicted to alcohol before they decide to stop. I did. If you or your loved one gets shaky after a few hours without alcohol, then going “cold turkey” is definitely not safe. It can be fatal. There are many medically assisted detox programs available that help people safely detox from alcohol. I wish I had known about them at the time when I was struggling to quit drinking. Gratefully, I made it through.

Neither you nor your loved one has to suffer through DT’s and possible seizures. Contact us now to be assessed and make a plan of action that is safe so you can begin life free from alcohol obsession and addiction. (888) 909-7989.