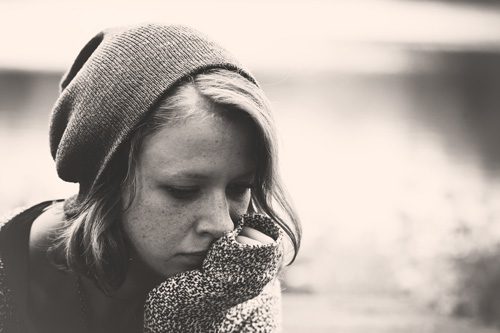 Substance abuse can arise at any age or from out of any circumstance.

According to the NIDA, drug addiction is a brain disease “characterized by compulsive, at times uncontrollable drug craving, seeking, and use despite devastating consequences—behaviors that stem from drug-induced changes in brain structure and function. These changes occur in some of the same brain areas that are disrupted in various other mental disorders.”

People tend to use cocaine for the rush of euphoria, but after prolonged use, symptoms associated with anxiety likely develop. Anxiety is an experience of excessive worry or feeling a sense of utter doom about an imminent event or unknown outcome.

Cocaine abuse eventually leads to symptoms such as:

While these symptoms have the ability to subside with sustained sobriety, that is not always the case.

PTSD, or post-traumatic stress disorder, is the result of a person suffering from a severely traumatic event, often in the case of life-threatening events, death, or assaults. An opioid is a pain killer and often given to people who have been through such events, not to treat the PTSD, but to treat possible injuries related to the event, which can lead to a dependence. In other cases, a person may become addicted to an opioid because it induces feelings of pleasure and calm that allow them to escape the underlying pain.

When heroin is used, the brain is flooded with dopamine. After long-term use, heroin damages the brain’s natural ability to produce feelings of pleasure. Depression causes a person to feel withdrawn, sad, and even physically debilitated. While this is a common pairing, it is also one that can be healed with proper treatment.

While the prevalence of substance abuse among people suffering from schizophrenia is high, marijuana use is the most abundant, according to a report by the Journal of Psychiatry. It’s still unclear as to why this is such a common pairing, especially given the fact that a marijuana high in a person with schizophrenia often mimics a schizophrenic episode. More research is being done in order to further understand this association.

According to a report published by the National Institute on Alcohol Abuse and Alcoholism, people suffering from alcoholism are 21 times more likely to have antisocial personality disorder. Antisocial personality disorder is characterized by a pervasive disregard for, and violation of, other people’s rights. Other terms for this disorder include mental insanity, psychopathy, and sociopathy, and focuses on fundamental emotional detachment.

The correlation between alcoholism and antisocial personality disorder is also studied in terms of increased aggression and child neglect.

The NIDA reports three possibilities as to how comorbidity develops in a person.

Regardless of which came first, help is always available for people suffering from substance use disorders and co-occurring mental illnesses. Mountain Laurel Recovery Center’s treatment services can help your loved one get the care they need to move forward.

If you or a loved one are in need of help from addiction, please contact our Pennsylvania drug rehab today.