Recognizing the Signs of Drug or Alcohol Addiction 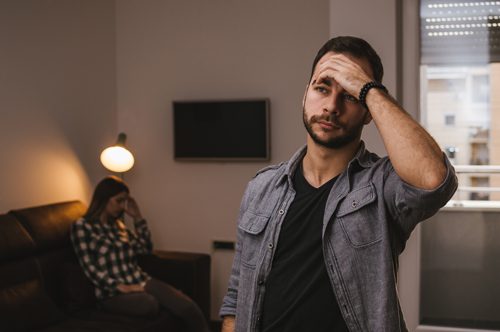 Addiction comes in many forms.

Learning how to recognize the signs of a substance use disorder can help you encourage a loved one who is battling addiction to get help.

Recognizing the Signs of a Substance Use Disorder

Sometimes it’s difficult to distinguish normal moodiness or angst from signs of a more serious issue. However, some common signs that suggest someone is struggling with a substance use disorder include:

The most common association with the word addiction is illegal substances, or street drugs. Many of the following signs and symptoms can show up in other addictions as well, but due to the nature and strength of illegal substances they’re likely to be more drastic with this type of addiction.

Drug addiction symptoms/behaviors may include:

Symptoms of alcoholism can include:

People suffering from chronic pain are at high risk of developing an addiction. People struggling with anxiety are also at a higher risk. Early identification and early intervention are important to preventing the problem from turning into addiction.

Because of their mind-altering properties, the most commonly abused prescription drugs are:

Many signs and symptoms of prescription drug abuse depend on the specific drug, but there are some red flags that are common across the board.

Signs and symptoms of opioid abuse can include:

Signs and symptoms of sedatives/anti-anxiety abuse can include:

Signs and symptoms of stimulant abuse can include:

The risk of death or very severe medical consequences is extremely high in prescription drug abuse. The risk goes up if the drugs are combined with alcohol, other prescriptions, over-the-counter medications, or illegal substances.

When you think you or a loved one might have a substance use disorder, it can be hard to know where to turn. You may worry others will judge you or your loved one, but no one can battle an addiction alone!

If you or a loved one are in need of help from addiction, please contact us today for more information about our addiction treatment in Pennsylvania.