Is Your Child at High Risk for Substance Abuse?

Many years of research give strong indication that some children and teens are more predisposed to developing a substance abuse problem compared to others in the same age group. 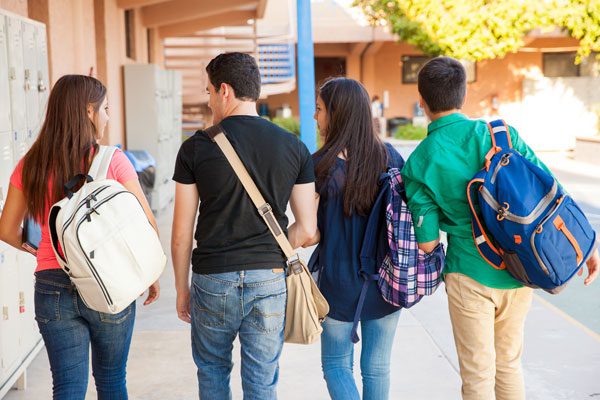 Many risk factors contribute to this predisposition to substance abuse, and the more risk factors present in a teen’s life, the more likely they will develop drug addiction or alcoholism. Even children or teens raised together in the same home could have varying risk levels.

The future is not etched in stone, though. These risk factors only offer a general gauge of the likelihood of developing drug or alcohol abuse problems. Learning about them while children are growing up allows parents to pay closer, more informed attention to their children. Recognizing the risk factors enables parents to take certain measures to help reduce the odds against their children.

Experiences such as these leave their mark. Children who are exposed to these kinds of trauma eventually get tempted to look for ways to cope with their distress. According to the National Child Traumatic Stress Network, 25% of American children experience at least one traumatic event before the age of 16. Some are fortunate enough to undergo therapy or stress debriefing but those who don’t remain vulnerable to certain addictions down the line.

Other studies show that major transition periods in a child’s life are also periods of high risk for experimenting with substance use and subsequently developing addiction problems.

Major transition periods in a child’s life include the first time they step out and leave the security of their home to enter school. Next, they advance from elementary school to middle school where new experiences, both social and academic, may sometimes overwhelm them. It is at this time during early adolescence, when they deal with larger, more diversified groups of peers, that children are likely to get their first encounter with drugs.

When they reach high school, adolescents face even more challenging, sometimes emotional, social situations. Drugs may also be more available to them at this stage, along with drug-abusing peers. The way they respond to these challenges will determine their susceptibility to alcohol and illicit drugs.

Soon these young adults leave home for college or work and are totally independent for the first time. The risk for drug and alcohol abuse at this stage is very high, especially when they are in charge of their own money.

Other major transitions that happen somewhere in between these life events include moving to a new town or city, changing schools in the middle of a school year, breaking off relationships, being separated from a parent through divorce and/or having to live in a different household with a parent’s new spouse and their family, if any. Basically, any life event where the child is “forced” to accept some major changes in his/her life is considered a risk period.

These risk factors do not necessarily condemn a child to a future of alcohol or drug addiction. Awareness on the part of the family, the parents especially, goes a long way into mitigating whatever negative impact these risk factors present in the life of the child.

For more information about Mountain Laurel Recovery Center, contact us anytime at (888) 909-7989.
We’re here to help.

Lena Butler is a health blogger and customer service representative for TestCountry, a San Diego based point of service diagnostic test service provider that offers a wide range of laboratory and instant drug and general health testing kits.