How to Tell If Your Loved One Has a Meth Addiction 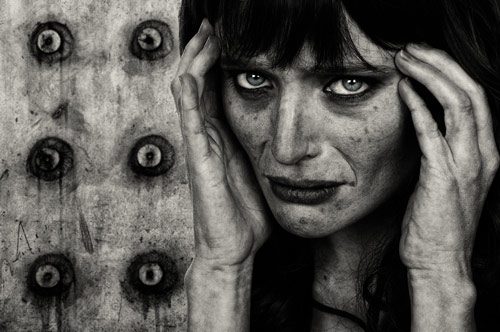 Crystal meth is a powerful stimulant that can lead to addiction with just one use. It forces the brain to produce as much as 1,250 times the dopamine that would be released during an activity like sexual intercourse—leading to intense feelings of pleasure. Over time, however, meth actually destroys dopamine receptors in the brain. This makes it so a person is incapable of experiencing pleasure through any other means.

Meth can be easily made at home using a range of commonly used household chemicals. These include ammonia, battery acid, and the pseudoephedrine found in many cold medicines. It’s also very affordable to purchase—with often just $10 worth of the drug getting a person high for a full day or longer.

Crystal meth is composed of shiny crystals or hard blue-white rocks. It is smoked, snorted, or injected to create a long-lasting high that makes the person using the drug feel energetic, euphoric, and invincible.

Street names for crystal meth include ice, crank, and crystal. In the United States, most of the meth available on the street comes from large Mexican labs. However, small meth labs where people cook meth for personal use or to sell to others can be found in many rural areas in the U.S. In some cases, explosions occur when the caustic chemicals used to create the drug are not mixed properly.

Signs Your Loved One May Be Suffering from a Meth Addiction

The effects of meth use are easier to spot than many other types of addiction because of the drug’s potency and how quickly an addiction can develop. Some common signs a person is using meth include:

In the media, meth is often portrayed as a party drug used by gay men engaging in risky sexual behavior. However, 80% of people who are addicted to meth identify as heterosexual. It is important to understand that substance use disorders are biologically based illnesses with complex environmental triggers. Anyone—regardless of age, gender, race, sexual orientation, or socioeconomic status—can struggle with addiction.

Since meth is an illegal drug, users can never be certain of its potency or purity. There is always a risk of an overdose, although the risk increases for long-term users who’ve developed a tolerance to the drug and are taking larger doses in search of the high they crave.

The most common signs of a crystal meth overdose include chest pain, irregular heartbeat, difficulty breathing, or seizures. A meth overdose can lead to heatstroke, which can cause organ failure. It can also cause a sharp rise in blood pressure, which can lead to hemorrhage. In some cases, contaminants in the drug can cause liver failure or lead poisoning. A person who has overdosed on meth needs immediate medical attention and may require activated charcoal, laxatives, IV fluids, oxygen, or breathing support.

In the United States, deaths linked to methamphetamine overdoses quadrupled between 2011 and 2017. Some researchers blame this on the increase in opioid addiction, since heroin users will often use meth to counteract the negative effects of heroin use. Using more than one addictive substance at the same time is well-known to increase the risk of potentially fatal effects.

Many of the effects of crystal meth abuse will go away once a person is sober. For example, studies have shown improvement in motor and verbal memory after 14 months of abstinence.

Unfortunately, extended meth use increases the risk of irreversible damage to the brain and other areas of the body. For example, individuals who use meth for several years have an increased risk of heart attack, stroke, and Parkinson’s disease.

Dentists refer to the severe tooth decay and loss frequently associated with meth addiction as “meth mouth.” Fillings, dental surgery, fluoride, and drugs that increase saliva production can repair some of this damage, but much of it may be permanent.

Meth addiction is often referred to as one of the hardest addictions to treat, but it can be done with evidence-based care and a strong support system. At Mountain Laurel Recovery Center, we help all clients establish a sober baseline via a medically assisted detox to remove the drug from their system. Then, intensive individual, group, and family therapy help to build the skills necessary for long-term sobriety. Following graduation from our Pennsylvania residential addiction treatment center, clients receive personalized outpatient support designed to help ease the transition back to independent living.

Contrary to popular belief, it is not necessary for a person to experience a “rock bottom” moment to seek treatment. Substance use disorders are considered chronic and progressive illnesses, which means early intervention provides the best possible chance for a lasting recovery. The best time to begin working towards a life of sobriety is today.

Looking for meth addiction treatment in Pennsylvania? If you or a loved one are in need of help from addiction, please contact us today.