Harmful Effects of and Addiction to Codeine

Codeine is a prescription opioid medication that is used for pain relief and as a cough suppressant. 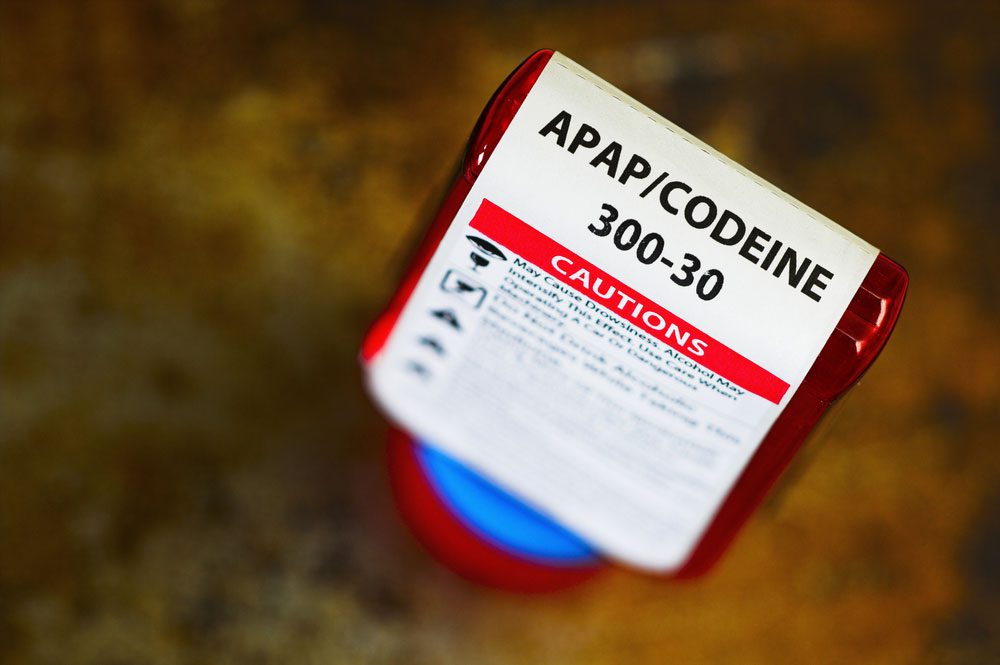 It is a Schedule II drug, which means it is highly addictive and government-regulated. It is often found in cough syrups and can be combined with aspirin, acetaminophen, or ibuprofen. According to the National Institute on Drug Abuse, opioids reduce the intensity of pain signals reaching the brain and affect those brain areas controlling emotion, which diminishes the effects of a painful stimulus and gives the user an overall sense of well-being and calmness. This effect can easily lead to psychological and physical dependence.

Developing a dependence on codeine varies from person to person. It depends on how fast they process the drug and on their genetics, brain chemistry, environmental situation, and/or psychological make-up. The usual occurrence with opioid medications is that the individual will quickly build a tolerance to the drug. They may begin with a prescription of 10 or 15 mg to help with pain or a persistent cough, but eventually this dosage stops working, leading the individual to need a higher dose for the desired effect. The higher the dosage and the longer this medication is being used, the higher the risk of becoming addicted. Over time, the receptors in the brain begin to require codeine to function properly. Because codeine is one of the weaker opioid drugs, dependence and addiction often lead to using stronger opioids.

Some common symptoms of codeine abuse are:

Abuse of codeine can cause serious bodily damage. Some of the effects of codeine abuse are as follows:

Someone who has become addicted to codeine should not cease taking the medication abruptly. It can cause many unpleasant withdrawal symptoms, including:

Codeine should only be taken by the person for whom it was prescribed. if you have become addicted, speak to your doctor. The safest way to get off of codeine is to wean off of the medication slowly. Seek medical help immediately if you or someone you love is experiencing any of these symptoms:

If your doctor has prescribed codeine, or a medication containing codeine, be sure to tell them if you have any of the following pre-existing conditions:

Misuse of codeine can be life-threatening. If you or someone you love has developed a problem with this medication, seek help from a professional. You can stop using it and go on to lead a happy, healthy life!

For more information about drug treatment at Mountain Laurel Recovery Center, contact us anytime at (888) 909-7989. We’re here to help.