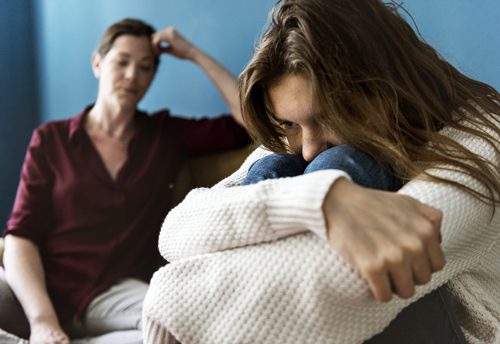 If you’ve ever had the inkling about drug testing your teen, you’ve probably experienced a mixture of apprehension and curiosity.

Is it the right thing to do? Will drug testing your teen cause him to push away or lose trust in you? Do the pros outweigh the cons?

Unfortunately, there is opposing research surrounding this topic. Some experts say you should never drug test your teen, others say you should incorporate it as a regular practice within your home as a way to show your support for their safety.

Before we dig into the methods of drug testing, let’s first take a look at the general spectrum of substance use among teenagers in the United States.

According to the National Institute on Drug Abuse, most people use mind-altering substances for the first time as teenagers. In a 2013 survey, there were some 2.8 million new users. Of those, 54.1 percent were under the age of 18. The study further states that illicit drug use is highest among people ages 18 to 20. On the other hand, underage drinking has declined since 2002 from 28.8 to 22.7 percent of those surveyed.

Because the adolescent brain is still developing, teenagers are at higher risk in developing substance use disorders. Part of this is due to the fact that the prefrontal cortex is not fully developed. This is the area of the brain responsible for assessing situations, making decisions, and controlling emotions.

Teenagers are drawn to use substances for a number of reasons. These may include:

Even if teenage drug use doesn’t lead to a substance abuse disorder, experimentation can lead to risky behavior such as driving under the influence, having unprotected sex, or mixing dangerous cocktails.

If you’re a parent, how can you even be sure that your teen is using?

One measure you can take is to be active in your child’s life at an early age. Establishing a foundation of trust can increase the odds of better communication as your child becomes a teenager. Rather than using fear tactics or other forms of discipline, creating an emotional bond of safety can provide an incentive for your teen to feel more comfortable about being honest.

However, no matter how close you may feel with your child, this does not necessarily mean that he will tell you if he’s using drugs. Parents who decide to drug test their teens do so in order to get a handle on a dangerous situation before it spirals out of control.

There are a few different choices when it comes to drug testing.

The easiest and most economic drug test is an at-home urine test, which can cost anywhere from $5 to $35. Urine tests can easily be processed at home. However, not all urine tests are created equally. Some of them are made to only detect certain mainstream drugs such as marijuana, cocaine, or heroin. In this case, drugs like LSD or Adderall won’t be detected.

Another issue with urine samples is that they are easily falsified. There are a plethora of places to purchase fake urine. There are also methods of flushing the system with water and cranberry juice or even pills that will dilute urine and mask traces of drugs.

Hair samples are more sensitive as substance use leaves detectable traces in hair much longer than in urine. However, hair sample tests are also more expensive, costing more than a hundred dollars.

Hair sample kits can be bought over the counter, but they must be sent to a lab in order to be processed. This means you’ll need to be patient waiting for the results.

Blood tests are very sensitive and can be used to test for any substance. However, unlike the other tests, blood tests require a trip to a doctor’s office.

The cost and inconvenience of blood tests make them less popular than other drug test options. A blood test can also seem like a more aggressive approach than the alternatives, which could cause your teen to withdraw from your family unit.

Making the Right Decision for Your Family

Some researchers warn against drug testing teens, as there have been cases where young people switch to more lethal substances that are less detectable. For instance, in one 2013 Psychology Today article, author Wes Boyd argues that you should never drug test your teen as it provides a false sense of security. He further states that the only benefit of drug testing is when you obtain a positive result. Otherwise, the loss of trust between teenager and parent is not worth it.

If you do decide to go through with drug testing your teen, it’s important to communicate your intention through a lens of love and concern rather than force or obedience.

If you obtain a positive result, seek outside resources to get your teen the help he needs. Mountain Laurel Recovery Center offers a full range of treatment options for individuals 18 and over who are struggling with drug and alcohol abuse, including intervention planning, detox, residential treatment, extended care, and a family program.

If you or a loved one are in need of help from addiction, please contact us today to learn more about our Pennsylvania treatment center for recovery.