These Addiction and Recovery Memoirs Will Help You Feel Less Alone

You Are Not Alone: Recovery and Addiction Memoirs 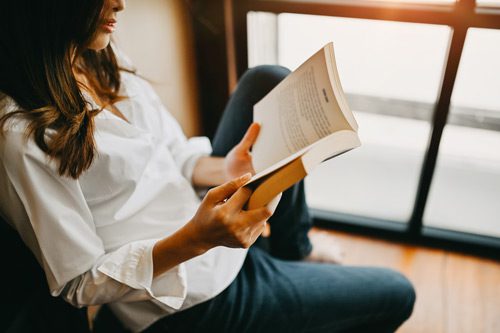 Being in recovery is difficult, so it’s understandable to sometimes feel as though nobody knows what you’re going through. However, even though no two people with substance use disorders are exactly alike, there are several recovery-themed memoirs that can help you feel less isolated and inspire you to continue working towards building a better life for yourself.

When You Can’t Remember Life Without Addiction

Studies have shown that those who experiment with drugs and alcohol at a young age are more likely to struggle with addiction as adults. Tweak: Growing up on Methamphetamines by Nic Sheff is a heartbreaking look at what it’s like to navigate the challenges of growing up when your life revolves around substance abuse. Sheff was drunk for the first time at age 11, then graduated to marijuana, cocaine, ecstasy, heroin, and crystal meth. His memoir is described by critics as “an unflinching chronicle of life as an addict.”

Inspired by reader reception to Tweak, Sheff wrote a sequel focused on his rehab experience and efforts to stay clean. We All Fall Down: Living with Addiction provides an honest look at addiction as a chronic illness—covering Sheff’s relapses and frustration as he works towards finding a suitable treatment plan.

If you’re interested in hearing about the recovery journey from a parent’s perspective, Nic’s father David is the author of Beautiful Boy: A Father’s Journey Through His Son’s Addiction. In this memoir, David processes the guilt he feels over his son’s substance abuse and talks about the power of unconditional love.

The Adverse Childhood Experiences (ACES) Study, conducted by the Kaiser Permanente and the Centers for Disease Control and Prevention, found that childhood trauma greatly increases the risk of addiction and mental health issues as an adult. If you’re still processing past trauma, you may relate to Running with Scissors by Augusten Burroughs. This memoir describes Burroughs’ troubled childhood after his parents divorced and his mother sent him to live with her psychiatrist. In this chaotic environment, Burroughs tries to come to terms with his own sexuality, his mother’s mental illness, and the substance abuse he sees all around him.

In Dry, the sequel to Running with Scissors, Burroughs recounts an intervention by his co-workers, his time in rehab, a devastating relapse, and how he was able to finally get clean and help a close friend begin his own recovery journey.

Running with Scissors was made into a feature film in 2006 starring Alec Baldwin, Annette Bening, Brian Cox, Joseph Fiennes, Evan Rachel Wood, Jill Clayburgh, Gwyneth Paltrow, and Joseph Cross. Burroughs is currently working on a script for a Showtime television series based on Dry.

For some people, the descent into addiction happens quickly. For others, the process is so slow that they don’t even realize they have a problem. Parched by Heather King eloquently describes her decades-long descent into alcoholism. Despite graduating from law school and being described by friends as poetic and sensitive, the pull of alcohol was too much for King to resist for much of her life.

Family support proved crucial in helping King to turn her life around. In recovery, she uses her experience to encourage people with substance use disorders to get the help they need and to inspire those who have never struggled with addiction to have compassion for those who are suffering.

If you want to learn more about how King’s conversion to the Catholic faith has inspired her continued recovery, she discusses this topic in greater detail in Redeemed: Stumbling Toward God, Sanity, and the Peace That Passes All Understanding.

When You’re Craving Humor as Well as Inspiration

Celebrity memoirs can sometimes feel a bit condescending since it’s hard for the average reader to relate to tales of addiction fueled by fame and fortune. However, Recovery: Freedom from Our Addictions by Russell Brand is widely praised for its humor, honesty, and compassion.

Using his talents as one of the world’s most celebrated stand-up comedians and work as a longtime mental health/drug rehabilitation activist, Brand educates, motivates, entertains, and inspires. His story is appealing to those with addictions to drugs and alcohol, as well as those who’ve struggled with addiction to food, sex, work, or digital media.

If you’re established in your recovery and considering becoming a 12-Step sponsor, you may also find Brand’s Mentors: How to Help and Be Helped to be a thought-provoking read. Brand looks at the role different people have played in his personal development, asking if the key to happiness is helping others and being open to accepting help yourself.

Looking for opiate treatment in Pennsylvania? If you or a loved one are in need of help from addiction, please contact us today.