The Increased use of Naloxone by First Responders 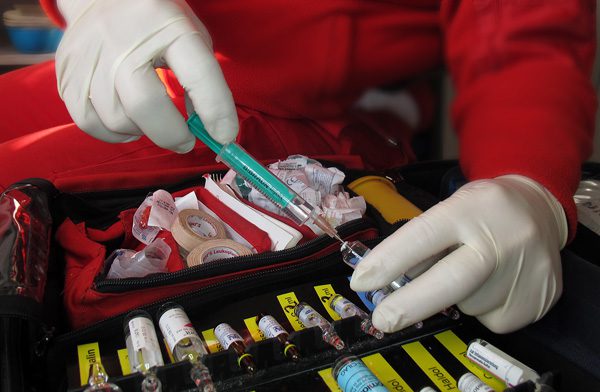 The growing number of people addicted to and abusing prescription or illegal opioids is a nationwide problem.

Addiction and opioid related overdoses are spreading geographically and demographically. Due to this epidemic, naloxone, which had previously only been used by paramedics to directly reverse opioid effects, is now being endorsed for administration by first responders, such as EMT’s and law enforcement officers.

One study states, “Mortality from such overdoses is expanding from urban areas to suburban and rural regions, where overdoses are usually prescription related and general awareness and addiction treatment services are relatively lacking. Likewise, overdose mortality is on the rise among non-Hispanic Whites, women, adolescents and young adults, and those with a history of chronic pain and depression. Methadone, oxycodone, hydrocodone, and fentanyl account for the vast majority of misused prescription opioids. Common resources include not only illicit dealers, but friends, relatives, physicians, and emergency departments. For instance, a study done in rural southwestern Virginia, about half of the women who died of opioid related overdose had prescriptions for the substance as well as a history of chronic pain, depression, or anxiety.”

Increased use of naloxone by first responders has saved many lives.

According to the U.S. Drug Enforcement Agency, fatal heroin overdoses increased 45% from 2006-2010. Over 16,000 deaths were reported from prescription opioid-based medications, and more than 3,000 deaths were from heroin. In almost all U.S. EMS systems, ALS (Advanced Life Support) providers are taught to administer the medication. Training is also provided to many BLS (Basic Life Support) responders, including most police officers, fire fighters, and rescuers. Training should include naloxone indication, contraindications, and dosing. First responders should be trained in the symptoms of overdose. Naloxone works when a victim is experiencing depressed respiratory mechanics, but when a victim is in extreme overdose, cardiac arrest can result and the critical intervention is CPR, not naloxone.

Although it it primarily a life-saver, naloxone is not a cure. Temporarily blocking the effects of opiates does not address any of the issues associated with drug addiction. And, as stated above, naloxone will not reverse cardiac arrest.

The main delivery device for first responders is a pre-filled syringe with an adapter for nasal administration and an auto-injector for intramuscular dosing. The device found in kits is the same two-milligram container of naloxone carried by ALS providers for intravenous use.

The shelf life of naloxone is two to three years. The cost of boxed, pre-filled syringes is about $40-50 each. If they have a nasal adapter, that cost is another $5. Right now the prices for naloxone auto-injectors are still in flux, costing anywhere from $250 to $825 per unit.

As we can see, the rising epidemic of heroin and opiate abuse is quite costly. Programs are in effect for first responders to save lives, but this is only a first step.

Anyone who has overdosed should be referred to or placed in a drug treatment facility so they can learn skills to cope with life without using. Naloxone has saved many lives and will continue to do so, thanks to our first responders. Getting people suffering from addiction into treatment is the next crucial step to help these individuals lead a better life so that they will hopefully not ever need naloxone again.

If you or someone you love is suffering from addiction, get help by contacting the professionals at Mountain Laurel Recovery Center at (888) 909-7989. All calls are confidential.