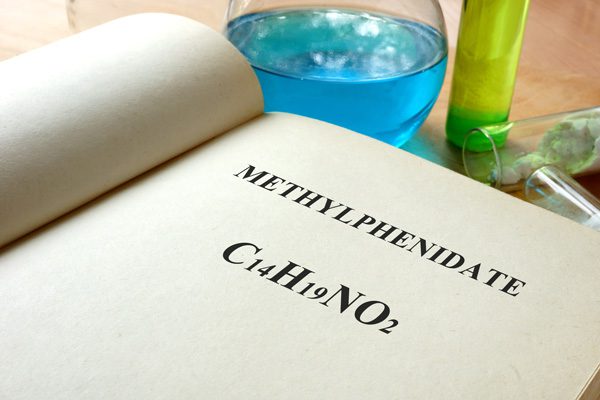 Ritalin, Ritalin LA, and Ritalin SR are the brand names for methylphenidate.

It is a stimulant drug used to treat ADD, ADHD, and narcolepsy. It is labeled as a Schedule II Substance because it has a high potential for abuse and may lead to severe psychological or physical dependence. The federal government sets a limit on the amount that may be manufactured each year.

The drug is typically prescribed to children who are diagnosed with ADD or ADHD. Because it is a Schedule II Substance, federal law requires this “Black Box” warning:

RITALIN-SR IS A FEDERALLY CONTROLLED SUBSTANCE (CII) BECAUSE IT CAN BE ABUSED OR LEAD TO DEPENDENCE. KEEP RITALIN-SR IN A SAFE PLACE TO PREVENT MISUSE AND ABUSE. SELLING OR GIVING AWAY RITALIN-SR MAY HARM OTHERS, AND IS AGAINST THE LAW.

TELL YOUR DOCTOR IF YOU OR YOUR CHILD HAVE (OR HAVE A FAMILY HISTORY OF) EVER ABUSED OR BEEN DEPENDENT ON ALCOHOL, PRESCRIPTION MEDICINES OR STREET DRUGS.

Methylphenidate was first made in 1944 in an attempt to produce a stimulant that would not induce addiction, but it was unsuccessful. Ritalin is closely related to amphetamine in its chemical structure and metabolism. It produces effects similar to cocaine. There is much controversy on long-term effects of Ritalin on the body.

Nora Volkow, head of Brookhaven’s biology and medical departments, led a research team to find out how the brains of children with ADHD work.

What they found was that people diagnosed with ADHD have too little dopamine. She claims it is because the brains of those diagnosed with ADHD have too many molecules that suck up dopamine before it works. What Ritalin does is bond to those molecules so the dopamine can do its job. Volkow claims, “Dopamine is not only involved with movement and attention but with reward and motivation—it modulates the brain signals that say, ‘This is important! Pay attention!’ So we think Ritalin highlights the task the child is doing. If you are bored, I cannot get your attention. But if you are interested, I can. Ritalin is in this way improving the performance of the child.”

In 2006, researchers David Devilbiss and Craig Berridge reported that Ritalin works for people with ADHD by fine-tuning the functioning of the neurons in the prefrontal cortex. This is the region of the brain involved with decision making, impulse control, and paying attention. Using a new system for monitoring many neurons at the same time through a set of microelectrodes, they did with study with rats using a variety of Ritalin doses. They claim that at clinically monitored doses, Ritalin does its job in targeting the prefrontal cortex without affecting brain centers linked with arousal and addiction. They have also found that higher doses of Ritalin that are associated with abuse impair the function of the PFC.

Even if its uses are helpful, Ritalin is still Schedule II Substance and thus has the potential to lead to addiction.