Music, the Brain, and Creating a Recovery Playlist 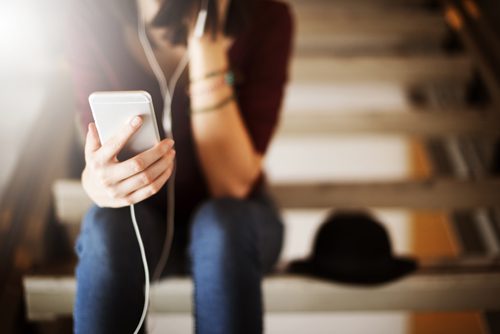 For some of us, there’s been a song for every juncture.

For every twist and kink in the road, there was that song defining your life like the artist made it just for you. And, when there was nothing to comfort you after a bad day, there was always music. Sometimes you listened to songs that would allow you to dig deeper into the pain. Sometimes, you just wanted to cry harder.

When it comes to addiction, there’s a playlist, too. There are songs that operate as emotional triggers. You could have 40 days clean and hear the song you used to listen to when you were using, and out of nowhere feel an insatiable urge to return to a life that was continually breaking you into a million pieces. But music—that song—makes you forget in that moment.

This is the power of music. And it is why you should be careful what you listen to in the early stages of recovery. Nonetheless, if music has the power to take you to places of pain, so too, can it help you to heal.

Music and Its Effect on the Brain

According to 2016 brain imaging research published in The New York Times, the regions of the brain that become activated upon hearing music appear to be solely unique to music. Sounds like dogs barking or engines roaring have no effect on this set of neurons at all.

While it’s still unclear exactly how these neurons affect the brain, it could lend reason as to why music has such a powerful effect on mood and emotion. The article further states, “Music sensitivity may be more fundamental to the human brain than is speech perception.”

Music is also theorized to be older than speech, meaning that people once used song and dance in place of language.

Americans listen on average around four hours of music a day and consistently rank music as one of the superior sources of pleasure.

How Music Can Help You Heal

Like other forms of art, music has been shown to have a positive effect on recovery from substance abuse.

A BBC article published in 2013 examines how one group of 80 people in recovery used the power of music to battle addiction. The group not only sang songs together, but also wrote songs about their healing addiction. Members said that singing together was like reawakening a part of themselves they hadn’t known was dead. One woman said it was the best kind of therapy she’d ever done.

The therapeutic nature of music is not surprising. It’s why there are church choirs and historical work songs. It’s why music fuels a workout. Music can even bond strangers.

According to a Psychology Today article published in 2013, upon studying brain regions affected by music, researchers found that regions of the brain lit up by music were also the same parts of the brain responsible for controlling emotion, creativity, and motor actions, which could explain the reason music can play a vital role in our emotional, physical, and psychological well-being.

As a further inquiry into the relationship between music and memory, these researchers were the first to examine ‘music evoked autobiographical memories’ (MEAMs.) The case study looked at a small group of participants with Alzheimer’s Disease and played the 100 Billboard chart in random order to study their reactions. They wanted to know whether or not music would conjure memories and emotionally resonant they would be.

The study found that the more familiar the song, the greater the response, and the more intense was the memory associated to the song. By mapping brain imaging, it was found that the part of the brain that tracks tonal progressions in music is also the same location of memory storage.

In thinking about how music relates to recovery, it’s vital to understand how music can trigger emotions and memories. As you continue your recovery, you should be aware of certain songs you should steer clear of.

If a song is an emotional trigger that makes you miss your past days of substance abuse or friends you once used with, don’t listen to it. This often means avoiding songs with the most emotional salience, but it’s better to be safe than sorry.

In creating your own playlist for recovery, think of both songs you feel you can relate to and songs that offer hope and remind you of your strength.

If you or a loved one are in need of help from addiction, please contact our Pennsylvania addiction treatment center today.