Addiction Symptoms and Effects of Adderall 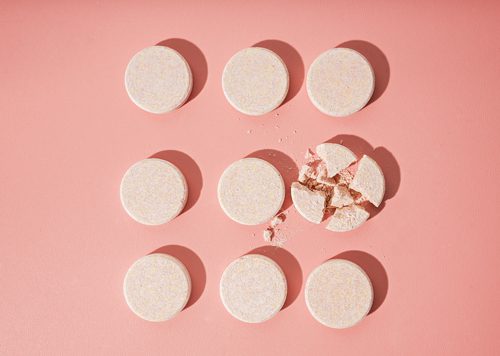 Nicknamed “America’s favorite amphetamine” by a Huffington Post article in 2014, Adderall was first invented in 1996 by Shire pharmaceuticals and put on the market to compete with other drugs to treat ADD and ADHD (attention deficit hyperactivity disorders) and narcolepsy.

Since then, Adderall use has soared.

Like Ritalin, Adderall is a prescription drug labeled as a Schedule II drug by the DEA, which falls in the same classification as cocaine, Vicodin, methamphetamine, and OxyContin. Schedule II drugs are defined as drugs that have the high potential for abuse which could lead to severe psychological and/or physical dependence.

The popularity of Adderall is highest among college-aged adolescents, who use the drug in order to increase their ability to study and focus. Many believe that Adderall can boost intelligence, but this isn’t necessarily the case. Adderall is more like a cognitive stimulant that enhances mental focus.

Effects of Adderall include:

Like other stimulants, Adderall works by stimulating the release of dopamine, norepinephrine, and other neurotransmitters, which aids in increasing focus and attention span as well as boosting energy. Dopamine is the “feel good” chemical that activates the reward system in the brain.

Adverse side effects of Adderall can include:

It has been shown that people who suffer from ADD or ADHD have brains that are naturally low in dopamine. In this case, the overall effects of Adderall are dependent on whether or not the person has low dopamine levels.

People who are prescribed Adderall aren’t going to feel the same heightened state of euphoria as someone who doesn’t need it. Rather, Adderall will work to level out chemicals in the brain to “normal” functioning and control impulsive behavior.

The problem with the misuse of Adderall has come as a result of it being thought of as a drug that can increase intelligence. In competitive schools, and in order to keep up with social and academic expectations, high school and college students are using Adderall more than ever.

Not only is Adderall used for the intention of increasing mental ability, but also it is being misused as a performance-enhancing drug. Studies released from the Journal of Clinical Psychiatry have shown that between 2006 and 2011, the prescription use of Adderall stabilized among 18 to 25-year-olds, but the misuse of Adderall rose 67 percent. Hospital visits related to Adderall abuse increased 156 percent during this time period.

According to the National Institute on Drug Abuse, 25 percent of people who use prescription drugs nonmedically at age 13 or younger meet criteria putting them at serious risk for addiction at some point in their lives.

Common signs of an Adderall addiction include:

Prescription medications can often create the illusion that a drug is safer, but Adderall overdose is possible. Signs and symptoms of a prescription stimulant overdose, as defined by the NIDA, include:

Because stimulant overdose often leads to heart attack or seizure, anyone experiencing these symptoms should seek medical attention. In addition, an overdose can result in convulsions, coma, and fatal poisoning

People who are abusing Adderall will often crush up the tab and snort it to increase the high. On top of other adverse effects, snorting Adderall causes damage to the nasal cavity and lung tissue. It can also cause psychotic episodes, toxic shock, and increased aggression.

Another dangerous outcome related to Adderall use occurs when it is combined with alcohol. Because stimulants decrease the feeling of intoxication, the risk of alcohol poisoning is higher for people taking Adderall.

After using Adderall for an extended time, withdrawal symptoms are likely. However, Adderall withdrawal does not pose a serious life threat. Common symptoms include feelings of depression, agitation, anxiety, and drug cravings.

In order to have the best outcome of sobriety, seek professional addiction treatment in a caring and compassionate environment. Mountain Laurel Recovery Center offers a full range of personalized detoxification, residential treatment, transitional living, and family program services. Contact us today to take the first step towards a brighter future.

If you or a loved one are in need of help from addiction, please contact us today.
Sources: