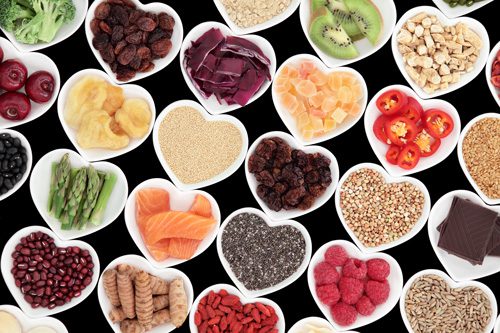 Nutritional Deficiencies Related to Substance Use

Following months, or even years, of not fueling the body with nutrient-dense foods, stepping into sobriety will most likely bring nutritional deficiencies to the surface.

Holistic treatment for drug recovery does not just consider the solution to substance abuse in terms of drug abstinence, but rather as treating the connection between the mind, body, and spirit in order to elevate the overall health and well-being of an individual.

Eating the right foods on a regular schedule can help people in recovery build a solid foundation in which to sustain their sobriety. Understanding how nutrition interacts with one’s overall sense of well-being can be thought of as an integral part of love and self-care.

On top of drug cessation, nutrient deficiencies can exacerbate mood disorders like depression and anxiety. Foods don’t just feed the body, they feed the brain. Deficiencies in vitamins like B12 can be a quick path to feelings of exhaustion and an inability to think clearly.

There are many reasons why the average intake of sugar among Americans has risen to an average of 156 pounds per person annually. Sugar, according to an article in Psychology Today, causes the release of dopamine, the body’s “feel good” chemical, similar to the brain’s response to drugs like cocaine and heroin.

It’s no wonder why we consume sugar like cakes and pies for celebration. When consumed infrequently, sugar remains a treat. The problem is that many of us are unaware of how much sugar we are actually eating.

The general recommended amount of sugar is a maximum of around 24 grams a day. The average person, however, consumes almost four times as much. Considering that there are 28 grams of sugar in a single can of Coca Cola, it’s easy to see how sugar consumption can get out of hand.

Another problem is that many foods marketed as “health foods” like yogurt and granola bars are loaded with sugar. In the absence of fat, sugar is added to improve taste. Since 1960, the intake of sugar has spiked, as have the rates of obesity and diabetes.

Sugar offers no nutritional value. It spikes the body’s blood sugar levels, which causes a temporary increase in energy levels. Once the rush wears off, people are left with low energy levels, which may cause them to reach for another cookie. This fleeting elevated mood can become addicting, and we don’t want to trade one addiction for another.

Research has shown that countries with higher levels of sugar intake also have higher rates of schizophrenia and depression. One proposed theory for this has to do with the fact that sugar suppresses activity of the hormone BDNF commonly found as deficient in people suffering from depression and schizophrenia.

The best way to cut down on sugar is to read labels and opt for whole foods over pre-packaged. Also, beware of high fructose corn syrup, a common ingredient in soda, ketchup, salad dressing, etc. Ingredients in labels are ordered in descending order by weight, so if sugar or fructose is listed as the first or second ingredient, consider a different option.

People in early recovery should limit their caffeine intake. Try to drink no more than one cup of coffee a day, preferably in the morning. The reason to limit caffeine is because, like sugar, caffeine induces a gratifying buzz that will ultimately end with a crash. In order to stave off the crash, you may be more inclined to reach for a drink or a substance.

When you’re grocery shopping, steer clear of foods that contain an abundance of additives or preservatives. A good rule of thumb is that you should pick foods that have a list of ingredients that you recognize. In general, the shorter the ingredients list, the better.

Preservatives and other additives disrupt the digestive system and cause intestinal changes which allow larger molecules to enter the bloodstream. This is due to the fact that many natural enzymes, used during the digestive process, have been killed off through processing. Without the help of enzymes to breakdown foods, the liver has to work harder.

Common preservatives and additives to watch out for include:

Aside from disrupting digestion, these ingredients have also been found to be cancer-causing agents.

Think of Good Nutrition as an Act of Self Love

Choosing to eat whole foods that are nutrient packed is, in itself, an act of self-love. As the old saying goes, you are what you eat. If you eat healthy foods, you are actively investing in your well-being. On the other hand, if you eat pre-packaged foods loaded with sugar or caffeine, you will only feed the reward centers of the brain for short spurts of instant gratification.

If you or a loved one are in need of help from addiction, please contact us today.