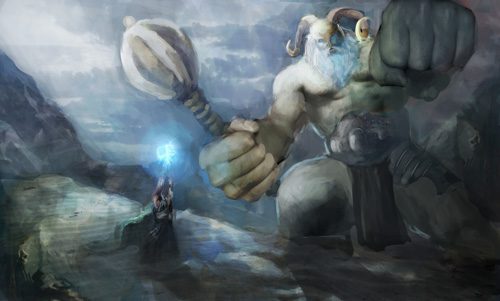 Addiction, like many other health conditions, is often surrounded in misinformation.

For people who have never had an addiction, understanding such a complex phenomenon can be near impossible. Because of the extreme measures many people suffering from a substance abuse disorder will take in order to use, many people can easily succumb to believing things about addiction that are not accurate.

Myth #1: Addiction Is a Choice

This is one of the main statements tossed around when the topic of addiction arises. While choice is involved in the use of drugs and/or alcohol, to simply treat addiction as a choice is to say that it ends there, which is far too simple a conclusion.

According to recent studies, a person’s predisposition to becoming addicted is dependent upon both genetics and environmental factors such as family life, upbringing and peer influences.

According to the National Institute for Drug Abuse, “Addiction is defined as a chronic, relapsing disorder characterized by compulsive drug seeking and use despite adverse consequences. It is considered a brain disorder, because it involves functional changes to brain circuits involved in reward, stress, and self-control, and those changes may last a long time after a person has stopped taking drugs.”

Maybe in the beginning there was a choice to try the drug, but the habitual use dives much deeper than remaining a choice.

Myth #2: Once an Addict, Always an Addict

It doesn’t matter how long a person has been addicted to drugs and/or alcohol or to what severity, addiction need not be a life sentence. In the words of ancient Greek philosopher Aristotle, “We are what we repeatedly do. Excellence then, is not an act but a habit.” In other words, while a person may have been addicted to a substance in the past, that does not mean relapse is guaranteed. There are plenty of success stories of people maintaining a sober life.

Myth #3: Addicts are Bad People Who Deserved to be Punished

Addiction does not discriminate. It doesn’t matter if you are old, young, man, woman, poor, or rich. But often, people who become addicted to a substance are seen as being weak or immoral. Because of this, former addicts can often be met with hostility or harsh judgement as though they are inherently defective. This helps no one.

Myth #4: Addiction Is Usually Isolated to One Specific Substance

People with substance use disorders are often categorized in terms of the substance being abused. We call people alcoholics, heroin addicts, or meth heads. The truth is, people can be addicted to both uppers and downers. In order to achieve a more intense high, for example, a person might mix heroin with cocaine. According to an article in Psychology Today, polysubstance abuse, referring to using three or more classes of substances together, is becoming more of the norm rather than the exception.

According to the article, polysubstance abuse appears more common with men, those who begin using drugs at an early age, and adolescents. Further, “People who abuse multiple substances are more likely to struggle with mental illness, which when complicated by drug interactions and side effects, makes polysubstance abuse riskier and more difficult to treat than other types of drug abuse.”

Just because a substance is illegal or legal does not mean an addiction or the person addicted is better or worse. As they say in the community of substance abuse disorders: a drug is a drink is a man is a spoon. In other words, an addiction is an addiction whether the person chooses to use alcohol or cocaine, marijuana or prescription pain relievers. Getting addicted to a legal substance is not safer either. In fact, fentanyl, the main substance involved in the opioid overdose epidemic, is more potent, synthetic version of heroin.

Myth #6: Treatment Should Put Addicts in their Place

One of the difficulties people have in getting treatment for substance abuse is the fear of being judged. Many treatment centers build their program off the idea that the way to treat addicts is to use confrontational or shame-based methods in order to motivate people into getting clean. However, according to a recent report, shame is shown to be a leading precursor for relapse.

Myth #7: All Addicts Are Uneducated

Take a moment and think of all the famous artists, writers, entrepreneurs, athletes, etc. who have dealt with addiction: Ernest Hemingway, Sigmund Freud, Stephen King—need I say more? Addiction doesn’t discriminate based on education or any other demographic factor.

The idea that only people who come from broken homes end up addicted to drugs is a stereotype. In Melissa Febos’ memoir Whipsmart, which chronicles her story of an addiction to secrets, heroin, and power, she notes that she did not come from an unloving or broken home. She is far from the only one to grow up with a middle-class background, but succumb to addiction.

Myth #9: Drug Addicts Have to Hit Rock Bottom Before They Get Help

This is perhaps one of the more prevalent myths when it comes to addiction. The fallacy is in the idea that there exists a rock bottom to begin with, as though there lies a tangible bottoming out to the cycle of addiction. This couldn’t be further from the truth.

The only true rock bottom would be death. Up until that point, circumstances can always get worse. Once death occurs, all chances of getting help are too late.

It’s important to note why this is critical for people who suffer from substance abuse to know. Oftentimes, a person dealing with substance abuse will keep using and think to themselves that they will get help once they bottom out. Had they not believed that there was a rock bottom, they might have reached out for help much sooner and prevented more damage and heartache from occurring.

Myth #10: Drug Addicts Are Ignorant of Their Problem

There is a common misnomer that people who are addicted to drugs don’t understand the hell storm they are creating. Others think they are selfish and want to keep using despite the negative consequences.

The truth is, many people suffering from substance abuse know fully that their lives have become hijacked by a substance. They realize that their lives are falling apart and would like more than anything to get pulled from out of the darkness into the light.

The presence of a debilitating fear and disintegrating hope battles their better judgment, however, and keeps them returning to the substance because they don’t know how to recover. It’s not as easy as just stopping. Getting sober requires a great deal of compassion and support from others, including residential treatment programs such as those offered at Mountain Laurel Recovery Center.

If you or a loved one are in need of help from addiction, please contact our addiction rehab center in Pennsylvania today.