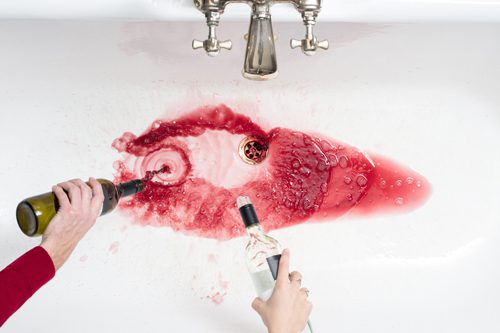 Quitting ‘cold turkey’ refers to a person stopping the use of drugs or alcohol without aid.

For substances like amphetamines, cigarettes, or other uppers, quitting will most likely carry with it an uncomfortable and distressing period of time but is almost never life threatening.

On the contrary, similar to benzos and opiates, abruptly quitting alcohol after heavy or prolonged use can induce serious consequences. As much as quitting might seem like the best decision, without professional assistance, quitting alcohol ‘cold turkey’ can be life threatening. Entering into a detox program can ensure the best outcome and help to treat individual circumstances.

What Happens in the Body After Cessation of Alcohol Use?

The symptoms related to alcohol withdrawal occur from the body trying to adapt. Alcohol use interferes with the GABA system. GABA (gamma-aminobutyric acid) is essentially a chemical messenger in the brain that reduces excitability in neurons.

Acute alcohol withdrawal refers to the psychological and physical changes that occur after a person stops consuming alcohol following prolonged use.

While not all symptoms will be present in all people who are withdrawing from alcohol, one can expect the same symptom patterns to occur after stopping alcohol use. Symptoms can develop within hours after the last drink and last for several days.

The following is a general breakdown of withdrawal symptoms.

Beginning within the first five to 10 hours following time of the last drink, tremors are the first symptom individuals experience at the inception of alcohol withdrawal. Tremors or shakes are the stereotypical symptom we often associate with alcoholism and usually peak between 24 and 48 hours.

In addition to trembling, individuals may experience:

Alcohol hallucinosis usually begins within 12 to 24 hours after the last drink and can last as long as 48 hours. While suffering from this symptom, a person will hallucinate. This includes:

Hallucinations can be subtle or extremely detailed visions.

Withdrawal seizures refer to spasmodic muscle contractions of convulsions due to the absence of alcohol. Seizures may occur as soon as six hours after the last drink. It is common for several seizures to occur over several hours.

According to the NIAAA, “More than 90 percent of alcohol withdrawal seizures occur within 48 hours after the patient stops drinking.”

According to a study published by the National Institute on Alcohol Abuse and Alcoholism (NIAAA) acute alcohol withdrawal is diagnosed according to the following criteria:

1.  A person abruptly quit or significantly reduced alcohol consumption after prolonged use.
2.  Two or more of the following symptoms occur within hours to a few days of stopping alcohol use:

3.  Symptoms outlined in criteria 2 significantly disrupt social, occupational, or other important areas of functioning.
4.  Symptoms are not better attributed to a general medical condition or other mental illness.

When to Get Help

In short, depending on the quantity and length of time associated with alcohol abuse, quitting ‘cold turkey’ is not always safe. If you are experiencing severe vomiting, seizures, or delirium tremens, you should seek medical attention immediately. If you know you have a dependence on alcohol, it’s best to call a doctor and figure out the best treatment plan.

If you or a loved one are in need of help from addiction, please contact us today and learn more about our PA detox facilities and treatment programs.