Examining the Relationship Between Body Dysmorphia and Drug or Alcohol Addiction 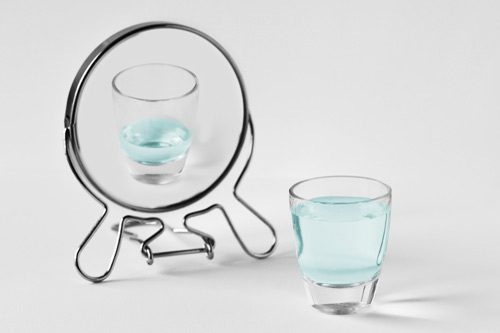 People can develop substance use disorders for a wide range of reasons. Body dysmorphia is one contributing factor that is often overlooked.

Body dysmorphic disorder (BDD) is a condition in which a person can’t stop thinking about perceived flaws in their appearance. Some examples of common areas of concern for people with BDD include acne, wrinkles, thinning hair, hairiness, and parts of the body that are believed to be out of proportion.

Common signs of BDD include:

It is a common misconception that only women struggle with BDD. The American Psychiatric Association reports that BPD affects men and women almost equally—with 2.2% of females and 2.5% of males in the United States suffering from the condition. In men, however, BDD tends to focus on building muscle mass.

BDD often develops around the ages of 12-13, and two-thirds of people with the condition experience onset of the disorder before age 18. However, it is possible for BDD to develop when a person is an adult.

In some people, BDD is considered a trauma response. The condition may develop after sexual abuse, emotional neglect from parents and caretakers, or severe bullying from peers.

In those who identify as transgender or non-binary, body dysmorphia is related to gender dysmorphia.

How Body Dysmorphia Can Lead to Addiction

The symptoms of BDD can significantly affect a person’s ability to perform at work or school. They can also make it difficult to maintain relationships with others or to feel comfortable in social situations.

People with BDD often turn to drugs and alcohol to alleviate the feelings of depression and anxiety associated with their condition. Sometimes, they may even abuse more than one substance to achieve different goals. For example, alcohol may be used to loosen inhibitions in social settings, while cocaine or prescription stimulants may be used to limit appetite and increase energy while dieting.

Researchers from the US National Library of Medicine found that people with BDD have a 2% to 13% greater risk of developing substance abuse disorders. Additionally, they found that 68% of subjects suffering from addiction believed that body dysmorphia contributed to their chemical dependency to some extent.

In some cases, the temporary benefits of substance abuse end up making the symptoms of BDD worse. Long-term drug and alcohol abuse can often cause changes to a person’s physical appearance that only serve to add to the anxiety an individual with BDD is already feeling. For example, abusing alcohol can lead to wrinkles, rosacea, brittle hair, and water retention that creates puffiness in the face, feet, and hands.

When a person suffers from Body Dysmorphia Disorder and a substance use disorder, both conditions must be addressed at the same time. Getting treatment for drug or alcohol abuse won’t help if the factors that first led to the addiction aren’t addressed.

BDD is typically treated with cognitive behavioral therapy designed to help a person identify and address harmful thoughts about their appearance as well as the behaviors that are the result of these negative thought patterns. Selective serotonin reuptake inhibitors (SSRIs) may be prescribed since there is some evidence suggesting the condition can be linked to low levels of serotonin in the brain.

Treatment for substance use disorders is personalized to fit individual needs but often includes group, individual, and family therapy, as well as 12-Step support and holistic therapies that promote a wellness-focused lifestyle. Medication-assisted treatment may be recommended for those suffering from certain types of addictions.

Mountain Laurel Recovery Center’s Pennsylvania residential addiction treatment program provides a full continuum of care for men and women with substance use disorders and co-occurring mental health conditions. Contact us today to learn how we can help you take the first steps towards a lasting recovery.

Looking for an addiction rehab center in Pennsylvania? To learn more about our detox and treatment programs at Twin Lakes, please use the convenient contact form.